We talk a lot about eating seasonally, but truth to tell, there’s not a whole lot of seasonal things left in the food world, as a visit to my local, very well-stocked supermarket indicates. Eggplant and sweet peppers, onions and potatoes (even new potatoes), green beans and asparagus, all are available just about year round. Whether these out-of-season fruits and vegetables, transported in chilled containers over vast distances, actually taste of anything but cardboard—well, I leave you to be the judge. The next time fresh local asparagus is available in your garden or farm market, taste it against the Mexican provender available in most supermarket produce sections. I think you’ll agree there’s a world of difference.

There are still, however, a few foods that are rigorously seasonal and, not surprisingly, they are almost all wild. No one has ever succeeded in producing out-of-season morels and despite attempts to grow ramps (aka wild leeks or wild garlic), they are still only to be found in early spring alongside forest streams and vernal pools.

There is one other spring food that I adore and that is rigorously seasonal at least on the East Coast of the U.S. It’s a harbinger of spring that begins as early as February down in South Carolina in the Pee Dee, the Santee, and other rivers, and slowly makes its way up the East Coast to arrive in New England in May and June. That’s the annual run of big, graceful, slow-moving, silvery-skinned shad, that magnificent anadromous fish that once was so abundant in rivers like the Potomac, the Hudson, the Connecticut and the Penobscot (just to mention a few).

Actually, it’s not the fish that counts so much as the roe. In fact, I have seldom prepared a whole shad; the fish are notoriously bony with rows of little Y- shaped spines that make eating the fish treacherous. Back in the day, however, there was a fish monger in Cambridge, Massachusetts, who successfully boned out whole shad and presented them to her clientele. She was convinced—and she was right—that, apart from the bones, shad is a wonderful eating fish, with rich white fatty meat that recalls herring, a close cousin in the big Clupeid family. Indeed, in some parts of the country, shad are called river herring—but they are much bigger and more satisfying than common herring.

But the real prize with shad is the roe, the egg sac, which grows in two big ruby-red lobes inside each female fish. Sauteed or oven-roasted as simply as possible, nothing but salt, pepper, bacon, and lemon juice as an accompaniment, this is a dish I associate with old-fashioned but deeply sophisticated New York dining, the sort of thing you might have ordered along with soft-shell crabs or oyster pan roast at the Grand Central Oyster Bar or the erstwhile Brooklyn establishment Gage & Tollner of blessed memory. In the immortal words of Cole Porter, the ultimate sophisticated New Yorker: “Why ask if shad do it? Waiter, bring me shad roe!” Fields of daffodils in blossom in Central park, cherry trees blooming in the Brooklyn Botanical Gardens, nothing for me evokes springtime in New York as much as the first shad roe in the markets and on the menus.

I actually learned to cook shad roe down in Charleston late one winter when the shad had started to run up the Santee and Lucille Grant, a brilliant traditional Charleston cook, showed me how to prepare it. It is dead simple, effortless really, and the only point to remember is to separate the lobes and cut away the filament that clings to the margin between them. That’s easily done with kitchen shears. You should plan on serving one lobe per person and I should add that in Charleston this is often considered breakfast fare (well, it is eggs, after all) and served with an accompaniment of buttery grits.

When you’re ready to cook, heat your oven up to 450º.  Generously sprinkle each roe with salt and freshly ground black pepper and squeeze the juice of half a lemon over it. Take a couple of strips of country-style, thick-cut bacon and stretch them by pressing them out with the flat blade of a knife. Then wrap one or more strips of stretched bacon in a spiral around the roe. Arrange the wrapped roes on a shallow baking tray and transfer to the hot oven. After 10 minutes, the bacon should be showing signs of crispness and browning and the roes should have changed color from dark mahogany to a rich brown. To check for doneness, cut away a little piece at the end. If it’s beige-y brown all the way through, it’s done. Any longer and it may be overcooked and dry. Remove from the oven and serve immediately. And, come to think of it, you probably can’t eat just one so unless the lobes are extra large, plan on two per person at the table. 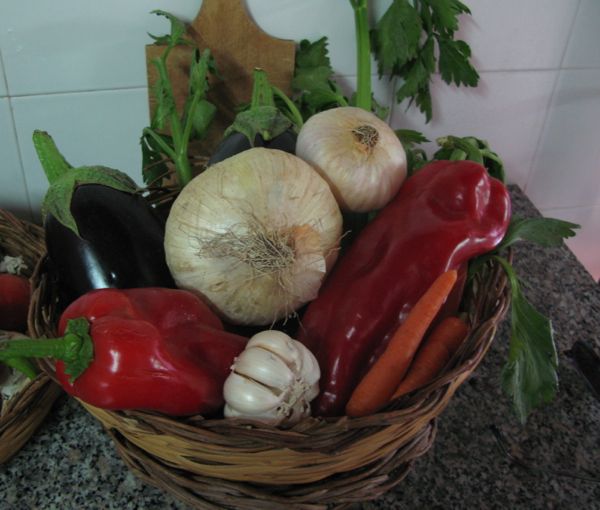 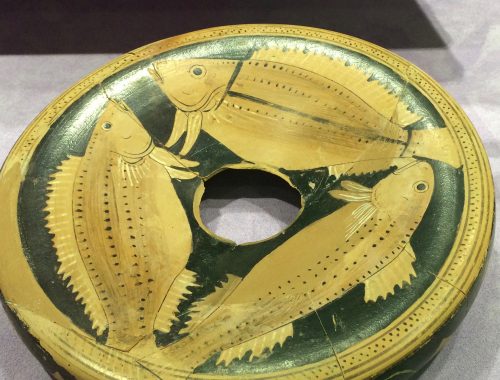