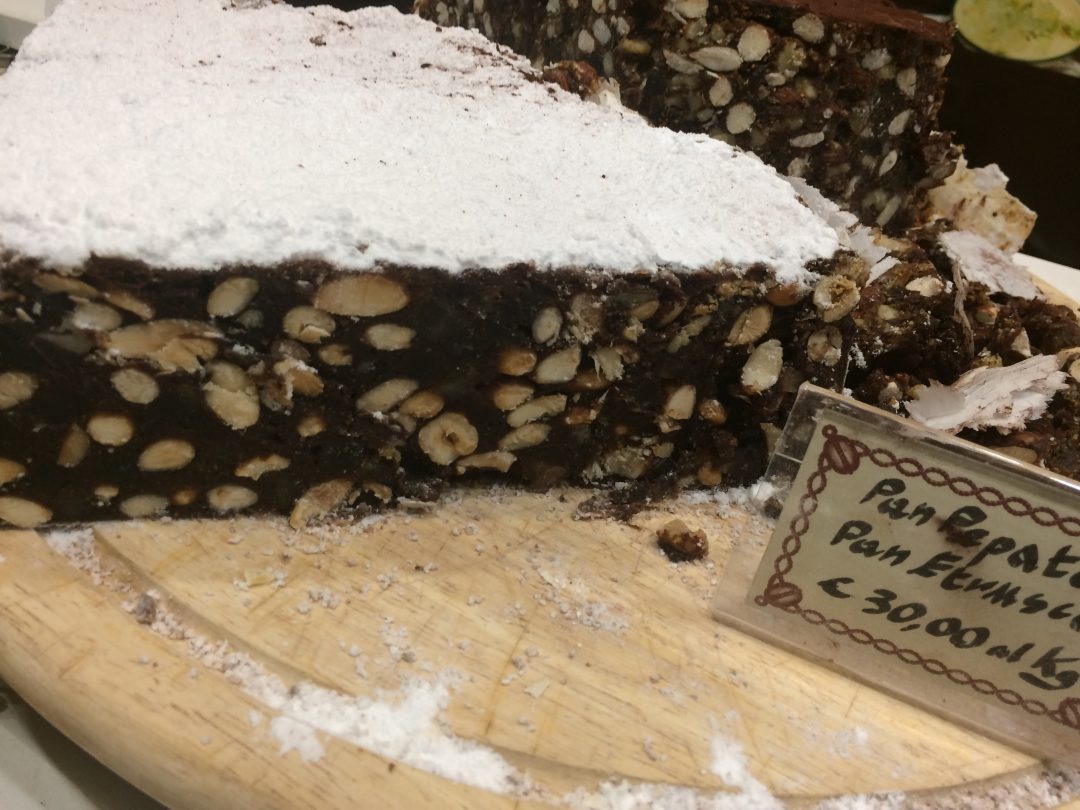 Here’s my latest from Modern Salt, just in time for the holidays, with a fine Tuscan Christmas spice cake. To read the whole thing and find the recipe, please go to http://www.modernsalt.co.k/panpepato-christmas-cake-arezzo/ PANPEPATO – A CHRISTMAS CAKE FROM AREZZO

Panpepato (the name means pepper bread or spice bread) is a highly peppery version of Siena’s famous panforte, a honey-sweetened fruit-and-nut torte or cake that was once traditional for Christmas. Panforte is always referred to as Sienese in origin, while panpepato seems to have been localized in many places. Fabio Parasecoli tells me his grandmother, or perhaps his auntie, made panpepato up in the Abruzzi although it is quite different from the panpepato I know. There’s a particularly delicious version of panpepato available from the Pasticceria Banchelli in Cortona, a hill town in the province of Arezzo—which is why I’ve always considered it, rightly or wrongly, to be pure Aretine in origin. Whatever it’s called, panforte and panpepato both have ancient roots. Sienese food historian Giovanni Righi Parenti found references to panes pepatos et melatos—pepper and honey breads–in the early 13th century and they probably go back much, much earlier. Fruit-nut-honey breads are related to other rich Christmas spice cakes like German lebküchen and hönigküchen, although it’s not clear why they have come to be associated with Christmas. Symbols of abundance and prosperity, these cakes were consumed by the clergy and the nobility who could afford them and not by the peasantry who most decidedly could not. Especially in monastic kitchens, honey, sugar, and spices were used liberally, the first because it was a by-product of the beeswax produced for church candles, the other two because of the monastery’s (and convent’s) role in preparing medicines—both spices and sugar were valued as pharmaceuticals or drugs, a habit that continued into the 1970s when in my Roman neighborhood I purchased cinnamon and nutmeg in a shop called a drogheria or drugstore. 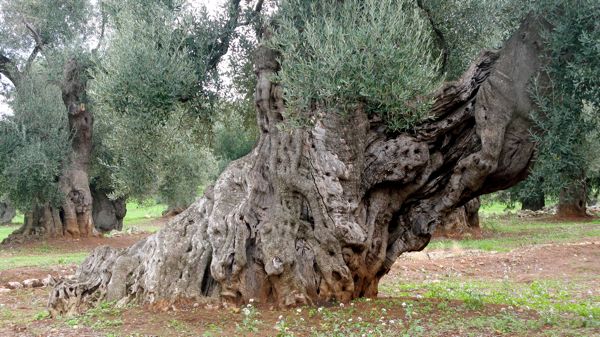