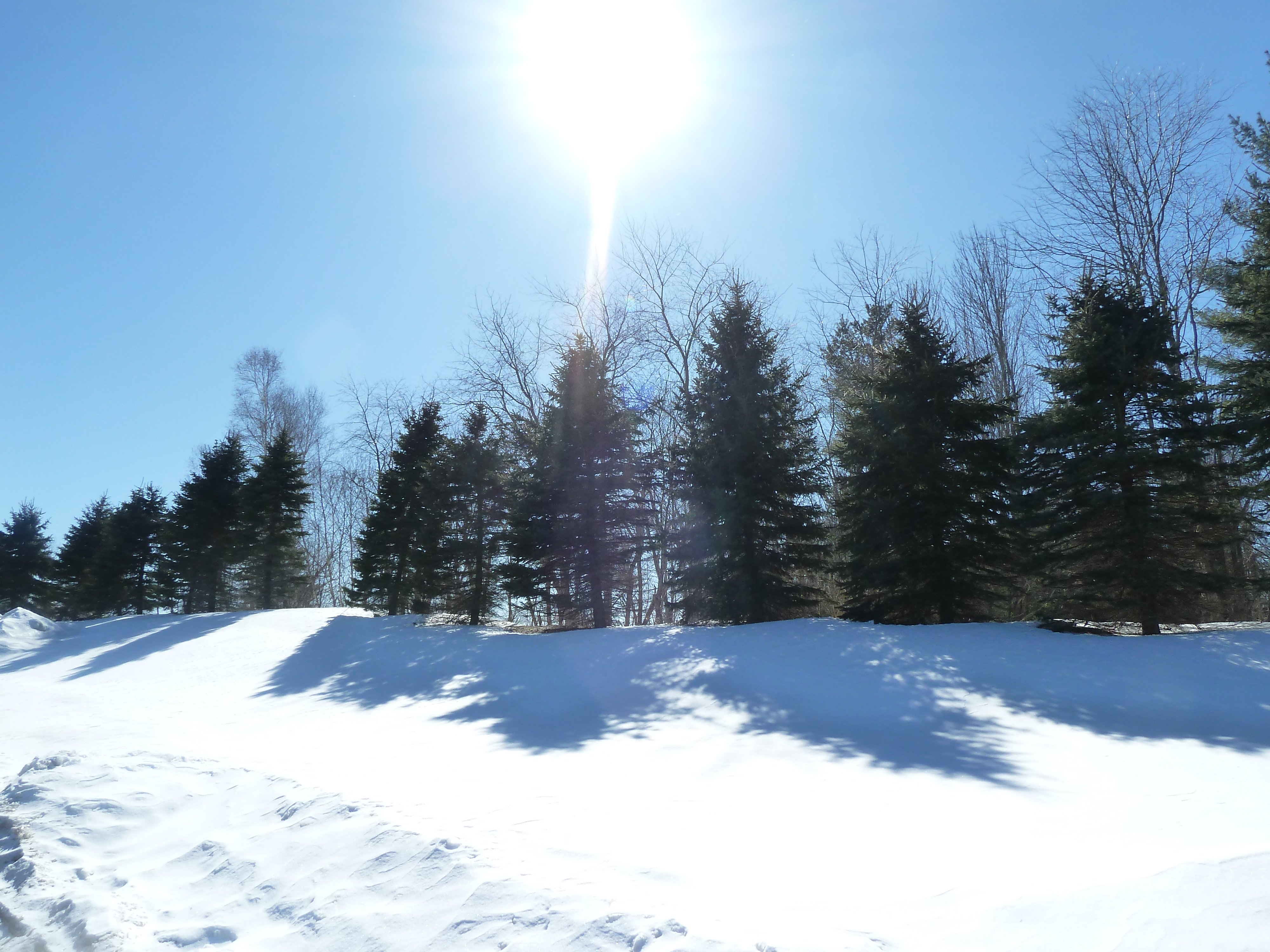 I woke this morning to yet another snowfall, this one downy soft, yielding only about four inches by the time it had stopped. Truly, this seems like the winter with no end. Times like these I wonder about our ancestors here in Maine—even a hundred years ago, most people had no electricity and relied on kerosene or wood stoves for meager heat.

I know they wore a lot more clothes than we do today, but even so, they must have been cold much of the time from Thanksgiving to Easter and beyond.

Winter also plays a prominent role in a novel I’ve been reading–the very long, occasionally quite tedious but ultimately compelling tale called Kristin Lavransdatter, set in 14th century Norway when electricity and central heating were even more conspicuous by their absence and northern winters were long and very dark—a bit like the book. Listen to this, say it aloud: “A pale leaden gleam on the fjord; the whole world cold, restless, white-ribbed. The first snow blown into streaks along the frozen acres, the chill blue mountains white-striped with snow.”

Fortunately, we live in happier times, at least in that respect. Like most people who think about food, I’m a strong locavore. But not 100%. At this time of year, we who live in the chill north of the planet, I think, can be forgiven if we take advantage of offerings from southern farms. They brighten the plate as much as the palate. If peppers and tomatoes transported from Mexico will never have the flavor of the same things grown closer to home and harvested in season, still they can lift the spirits when you wake to yet another silent fall of snow.

North African chakchouka, with its combination of sweet-tangy tomatoes and punchy peppers, is a bright-red and brilliant way to cheer up an endless winter. If you were a wise farmer/gardener/shopper and canned a bunch of ripe local tomatoes last summer, you’ll be a step ahead in the locavore game. Chakchouka is usually served as a cooked salad, on the North African equivalent of a meze table. But cooks also make a main course by poaching an egg per serving right in the chakchouka. Despite the weather, the sun is indeed growing stronger and the hens are starting to lay again—what better way to celebrate the old gals’ return than with a farm-fresh egg with its golden yolk nestled in this brilliant sauce?

Astute readers of this blog will recognize the relationship between chakchouka and chreime, the spicy peppery sauce for fish that I encountered in Israel (see “Red Hot and Fishy,” January 10, 2011)—but chakchouka is different, with cleaner, more direct flavors.

This is a take-off on a recipe in my New Mediterranean Diet Cookbook, more appropriate for winter than summer. Make the sauce ahead, then bring it to a simmer before you slip in the eggs. An easy way to make tomato sauce: simply puree canned tomatoes until you have the right amount.

Combine the onion and garlic with the oil in a deep saute pan and set over low heat, gently sauteing the onions while you peel the peppers. Cut the peeled peppers into fairly large dice or narrow strips (or both) and add to the onion. Stir it well and let it cook long enough to soften the peppers, about 10 minutes, stirring frequently. Stir in the paprika and the tomato sauce and bring to a slow simmer. Let simmer for about 20 minutes or until the sauce is thick. If it gets thick too quickly, add a little boiling water to the pan. The sauce should cook until the peppers and onion bits are very soft.

When it’s done, you can set it aside until ready to continue with the eggs. Or serve just as it is for a cooked “salad.”

When ready to add the eggs, bring the sauce back to a simmer. Break an egg into a teacup. Use a large serving spoon to make an indentation in the sauce and slip the egg into the sauce. Continue with the remaining eggs. If there’s enough juice in the pan, you can baste the eggs with simmering juice to cook them. Otherwise, run them under a hot broiler just until the tops set but the yolks remain runny. Serve them just as they are, straight from the skillet, or pile them on slices of toasted bread. 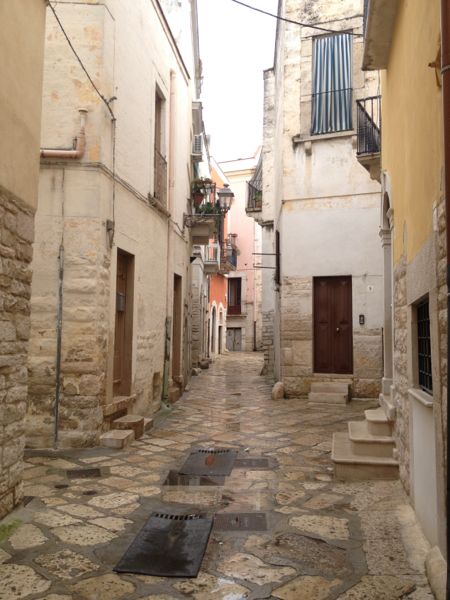 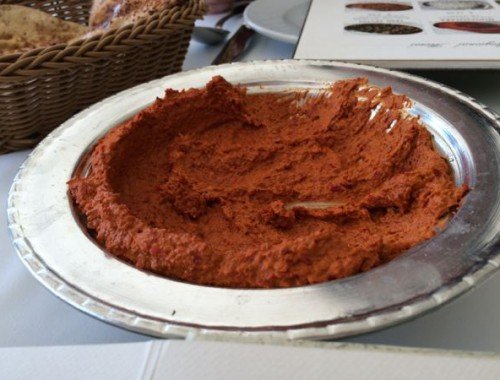