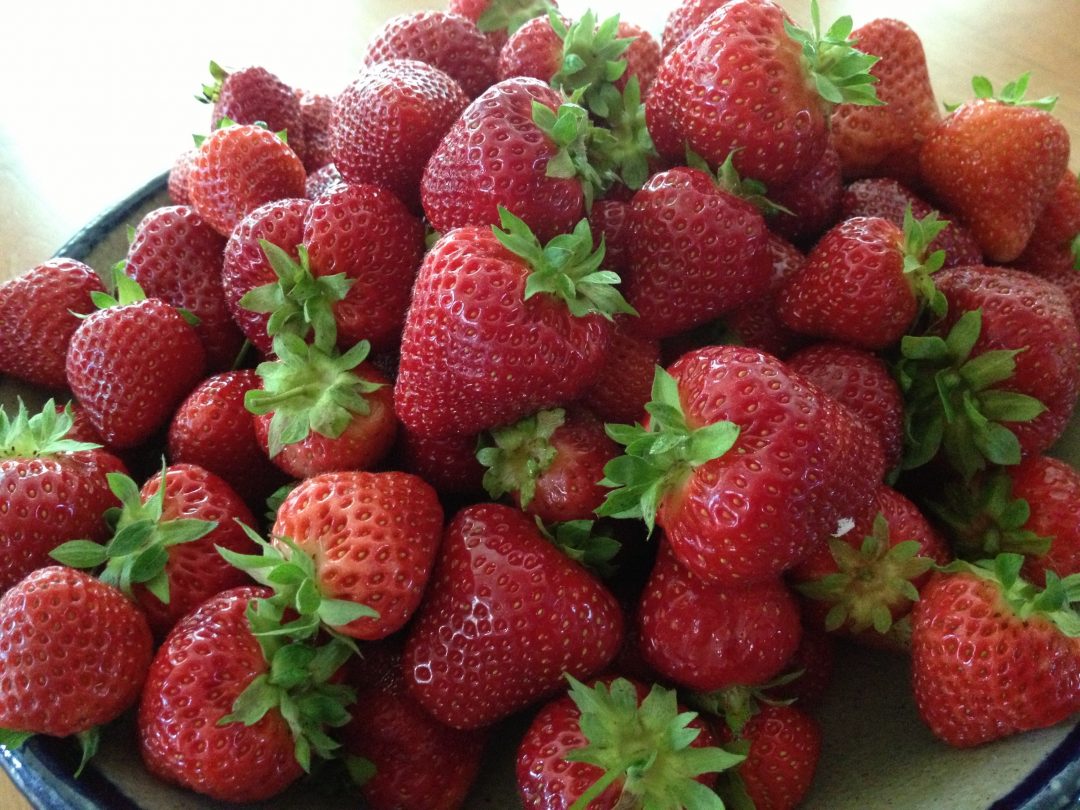 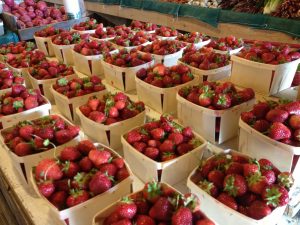 Yes, they come back every year, some years more prolifically than others. This has been an especially bountiful year here in Maine where I’m settled right now. I’m trying to get in as many strawberries, in as many different ways as possible before the season ends.

I’ve tried strawberries in many parts of the world—small, sweet, almost wild ones from Aranjuez, south of Madrid; white ones, ripe but just tinged with a blush of red, from Dalat in Vietnam; big fat red berries from the fields around San Diego that are, incredibly to me, ready to harvest in March. But to my taste the finest kind comes from cool northern latitudes, as in Maine and the Canadian maritimes, along toward the end of 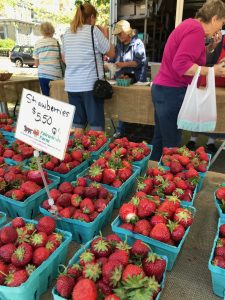 June when daylight lasts a good 15 hours, and the sun is intense, but nights are notably cool. Warm days and chilly nights with plenty of sunshine make an unbeatable combination for producing fine flavored fruit—ask your favorite wine-maker if you don’t believe me.

What’s the best way to consume these precious beauties? Sitting right in a strawberry patch, I’d say, happily eating your fill, reaching for berry after berry, each one sun-warmed on the outside but still dewy cool within. Second best? Sliced in a bowl, lightly crushed with a fork (the way my Down-East father liked the berries from his own garden), sprinkled with a bit of sugar, and doused with thick cream. Third best (oh, but perhaps this is best of all): strawberry shortcake, made properly with sweetened baking powder or buttermilk biscuits, warm from the oven and cracked open, spread liberally with butter, then the crushed sweet berries piled on top and the whole crowned with a hefty cap of vanilla-flavored whipped cream. 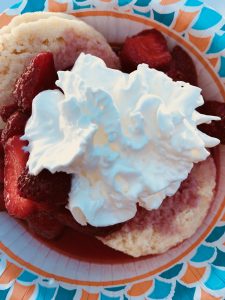 This is a bountiful treat, not something in which to indulge after a full meal. Indeed, in old Maine farmhouse kitchens strawberry shortcake was the evening meal, that and nothing more, maybe enjoyed on the porch outside the summer kitchen as the heat of the day faded, dusk diminished into twilight and fireflies began to glimmer in the field across the yard. “My word,” Grammy would say, offering up another helping, “hard to believe it’s nine o’clock and still bright out.”

Next day, she’d get out her lard bucket to make the crust for a strawberry-rhubarb pie, another great seasonal treat, made when the rhubarb arches its dark red stalks at the end of the vegetable garden at the exact same time that the strawberries reach their apotheosis in the bed nearby.

I would like to say I’m a fan of strawberry-rhubarb pie but truth to tell I’m not an enthusiast of pie in any form. All that crust, it seems to me, somehow gets in the way of pleasure. So I was inspired by the idea of a strawberry-rhubarb crisp, or, as they call it in Europe where this old-fashioned American dessert has become newly fashionable, a “crumble.” Un crumble de fraises, they say in France, una crumbel di fragole in Italy. Any way you pronounce it, it’s amazingly easy and a great way to show off the delicious contrast between sweet berries and acid rhubarb. Here’s how I make it (note that quantities are not exact—roughly half berries and half rhubarb but a little more or less either way won’t make a difference): 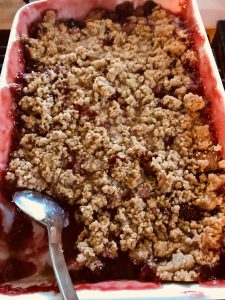 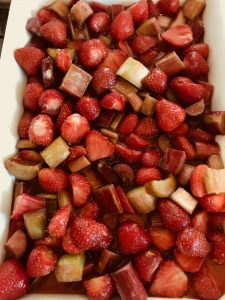 Use a slotted spoon to remove the rhubarb, leaving behind most of the juice. Combine the rhubarb with the strawberries, then stir in the cornsarch and the orange or lemon juice and zest. Toss to combine everything. Spread the fruit evenly over the buttered baking dish, scraping all the juices and any residual sugar into the dish. 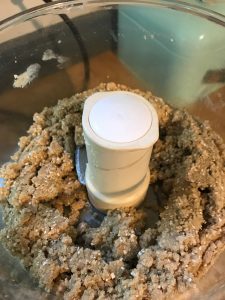 Crumble the topping all over the fruit in the baking dish. There should be enough to cover the fruit with a fairly uneven layer—in some places, the fruit will be peeking through, in others it will be completely covered. Transfer to the hot oven and bake for about 45 minutes, or until the topping is golden brown and the fruit has come together in a pleasantly sticky mass. Remove and set aside to rest for at least 15 minutes before serving. You can also make this well ahead—in the morning for an evening meal, for instance. It does not need to be refrigerated.

Serve as is, or with a scoop of vanilla ice cream, a dollop of plain yogurt, or a spoonful of gently sweetened whipped cream. 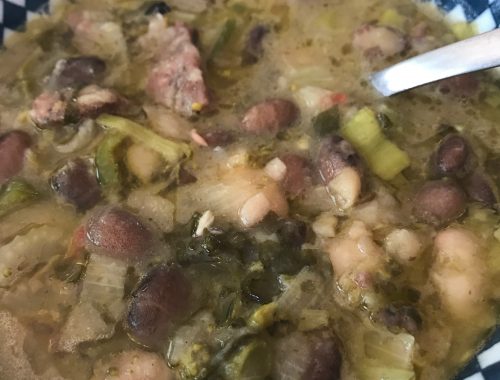