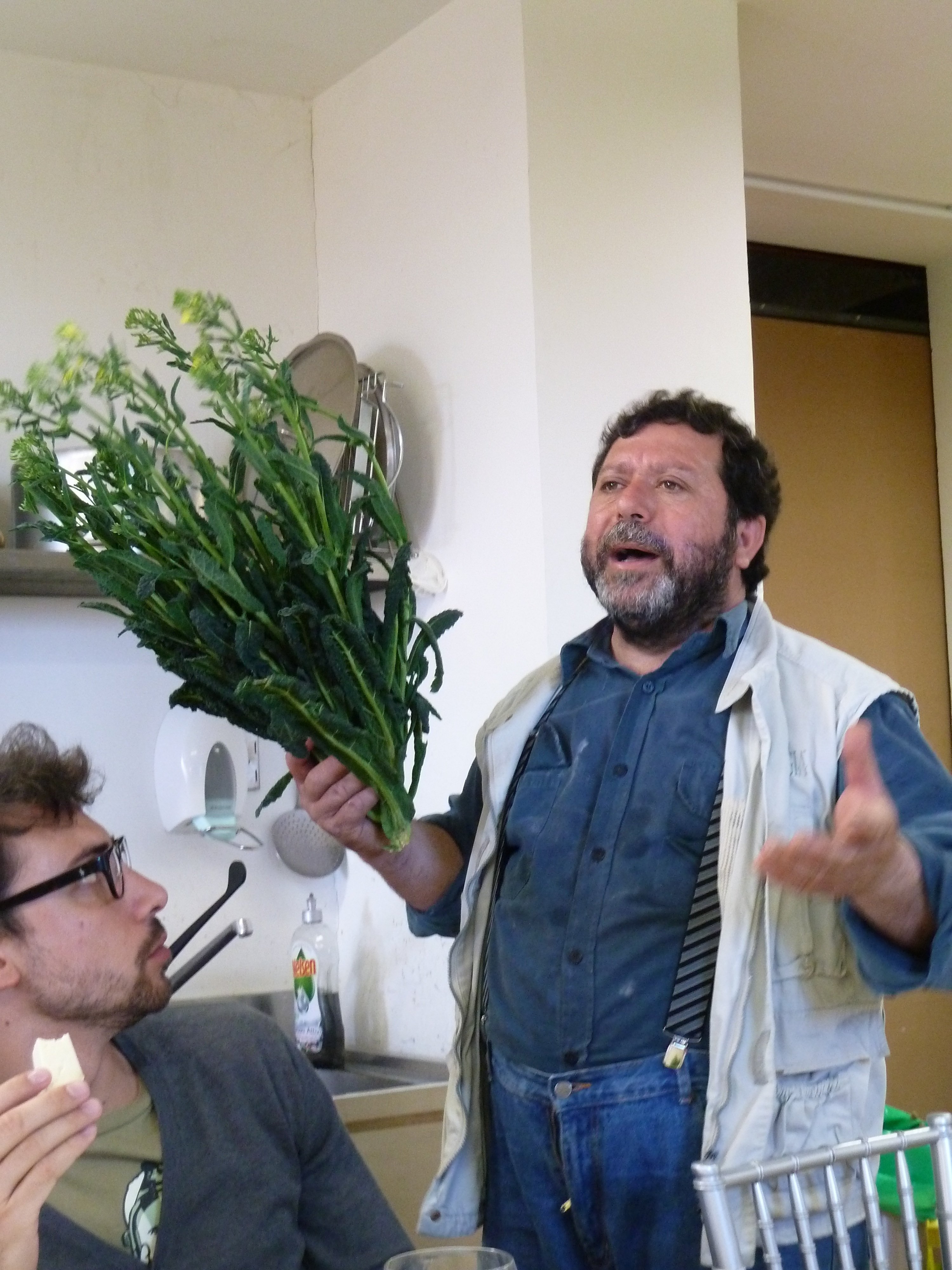 “This,” declared Salvatore Denaro to a room full of attentive cooking students, “is the most generous plant in the entire vegetable garden.” He held aloft a bushy stalk of cavolo nero, a Tuscan favorite green often called in the U.S. lacinato kale or dinosaur kale.

It’s essential in Tuscan winter dishes, but surprisingly little known in other parts of Italy, even in neighboring Umbria where we were gathered in the kitchen of the Arnaldo Caprai winery in Montefalco to spend a sunny Sunday foraging and cooking with Salvatore.

With its ripply, blistery, blue-green leaves growing in loose clusters around a central stem, cavolo nero is a strong-flavored green that stands up well to winter chills—indeed, it’s one of those cabbage-family greens, like Brussels sprouts, that actually gets sweeter after a freeze. But Salvatore, who practices all the economy of a traditional Tuscan cook even though he’s actually from Sicily and until recently had a restaurant in the Umbrian city of Foligno, was insistent that even in spring, when the greens have sprouted, they are a delicious addition to a cook’s repertoire. Late March into April is when cavolo nero starts to put out delicate mustard-yellow blossoms. Eventually the blossoms produce seed, but in the meantime, the sprouting greens, called pulezze in Tuscan dialect, are deliciously pungent and refreshing. “And,” Salvatore added, “there’s more—it’s also anticancerogeno.” He’s right. Cavolo nero is a cancer preventative, a source of powerful antioxidents, providing anti-inflammatory benefits as well. But Tuscans eat it mainly because it’s delicious, its sharp, slightly bitter flavors blending well with milder greens like spinach or chard.

And that’s exactly what Salvatore did. He pulled off the dark greens of cavolo nero, blanched them, and combined them with an equal quantity of lighter green chard, chopped the two vegetables together, then tossed them in a pan with olive oil until they were thoroughly cooked. (Some cooks might saute a little finely chopped onion and garlic in the bottom of the saute pan before adding the chopped greens.) At this point they would make a fine contorno, a vegetable to go with lamb or pork or chicken. But Salvatore went further, to make something he called erbazzone, though it was quite different from any erbazzone I’d had in the past. He had made a dough, typically Italian in its ingredients—a glass (2/3 cup) of room temperature water, a glass of extra-virgin olive oil, a glass of white wine (also at room temp) combined in a bowl, then enough flour stirred in to make the dough—“farina quanto basta,” as they say, “as much flour as you need.”

Ideally the flour will be a 50/50 mix of durum wheat semolina and all-purpose flour, but you can use all-purpose if that’s all you have. When I made the dough at home, I used 3 cups of flour, then spread another 1 ½ cups on the board and kneaded it in. Salt? Yes, to taste, but no other seasoning. The goal is a soft, moist dough but there’s no leaven. The gluten develops on its own, with sufficient gentle kneading, and this always happens more readily in wine country, with all the yeasts floating about, than it does in a city apartment. But try it, anyway. Then set the dough aside to rest for a couple of hours, scattering more flour over it, before rolling it out. It can even rest overnight if you want. Salva divided the dough into four smaller pieces, then rolled each piece into a rectangle approximately 14 by 6 inches (everything is very inexact). Salvatore used about 4 cups of cooked chopped greens; they can be a variety, including chard, cavolo nero, dandelion greens, spinach, broccoli rabe, etc., and well drained, so they don’t leak moisture into the dough. Toss the greens in a big pan with olive oil. I like to add a little sauteed onion and/or garlic to the greens, along with a handful of grated parmigiano reggiano or mild pecorino; some people might stir in a grating of fresh nutmeg or even a little ground chili pepper to spark the flavors. A spritz of lemon juice is not out of place—use your own good judgment about any of these.

Once the dough is rolled out in rectangles, take about a quarter of the greens and smooth in a layer about a half-inch thick on a pastry rectangle, leaving a space of an inch or more on each side. Flip one long side over the filling, then roll the filling toward the other long edge to make a fat snake, or a skinny jelly roll. Set the snake, edge down, on a lightly oiled sheet pan, tucking the top and bottom ends under to seal, then proceed with the rest of the dough and filling.

When all is finished, lightly brush the surface of the snakes with extra-virgin olive oil and set the pan in a preheated 350º oven to bake for 45 minutes to 1 hour, or until the snakes are toasted brown and crisp on the outside. To serve, cut each snake in thick slices. This is best hot from the oven but it’s not bad at room temperature either.

Another thought I had while watching Salvatore: A handful of pine nuts and a handful of golden raisins, plumped in hot water, tossed with the greens, would be a nice Sicilian touch. 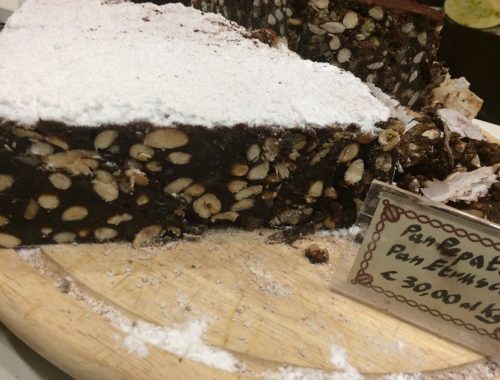 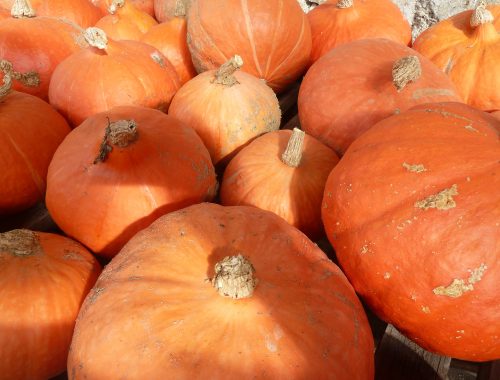 Pumpkin pasta: Why not? 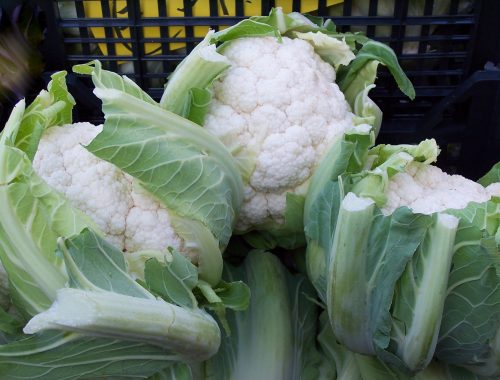