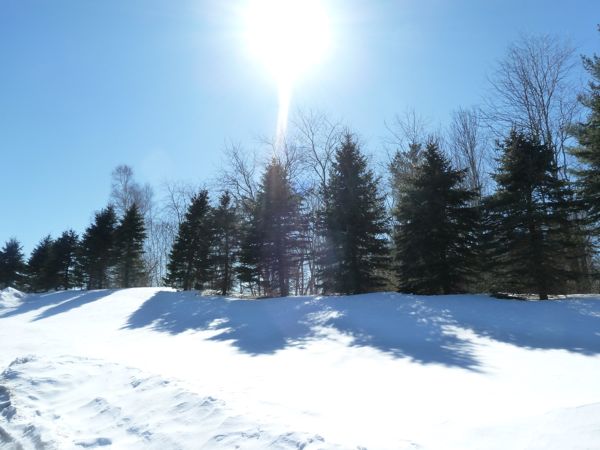 What to do in a February blizzard on the coast of Maine?

Snow day: No school, downtown shops all closed, and the snow falls so hard and fast that I can’t keep up with the shoveling. I clear the front steps off and half an hour later they’re sporting another 3 inches of snow cover.

What to do indeed?

Clean out the refrigerator of all the odds and ends accumulated over recent weeks, add in some pantry bits and pieces (a half cup of rice, another half cup of barley, some dried beans from last fall), and then the kitchen paraphernalia that’s always hanging around—onions and garlic, things like that.

It’s the easiest thing in the world to make and the startling thing is it sometimes turns into a spectacular soup, like the one I made for supper last night.

Here’s how I did it, and I invite you to go through your own refrigerator, your own pantry shelves, and come up with something similar. You don’t have to wait for a snow day.

I began with the beans. I only had a handful so I put them in a bowl, covered them with boiling water, and set them aside to soak for a couple of hours.

Then I took a slab of pancetta that was sitting in my freezer, an acquisition from a butcher friend who cures the cut himself (and charges an arm and a leg for the stuff but what the heck, it’s delicious). Pancetta is Italian for a cut just like bacon except it’s salted but not smoked. You could use bacon for this too, if you wish.

I cut off four bacon-style strips and diced them, then tossed them in a heavy soup kettle with a few tablespoons of olive oil and set the kettle over medium-low heat to render the pancetta. (In old-fashioned Maine kitchens this is called “trying out” the pork.) When the dice had rendered up their fat and were starting to turn color, I took them out with a slotted spoon and set them aside. I stirred into the fat a chopped onion, a couple of chopped cloves of garlic, and a fat leek I found in the refrigerator vegetable drawer. And with that I was on my way, adding in, as they turned up, a couple of carrots, two stalks of celery (leaves and all), a turnip, and a daikon radish, all chopped but not too small. I could have added a potato or two but I had a lot of vegetables by this point.

I let all those vegetables stew in the cooking fat until their aromas started to rise and then I stirred in the rice, the barley and the drained soaked beans. At this point the pancetta dice were stirred back in and
then I emptied into the soup kettle about 3 cups of stock that I found in the back of the freezer, brought the stock to a simmer, added a couple of dried bay leaves and a big pinch of Espelette pepper, salt of course, and several grinds of black pepper.

While the rice and beans were cooking, I chopped up some bok choy (from that same vegetable drawer), a handful of green beans, and a quarter of a white cabbage that had been sitting in the fridge for longer than you want to know. I added all these green, leafy vegetables at the end, along with some flat-leaf parsley, coarsely chopped, and a couple of chopped cherry tomatoes, and let the soup continue cooking, uncovered, just until the greens were cooked through. The final touch? Each big bowl of soup was topped with freshly grated parmigiano cheese and a healthy dollop of new, fresh olive oil.

It was deeply satisfying, made more so by the fact that we ate it last night with the full knowledge that that was what there was and these heady flavors would never be repeated. A once in a lifetime experience that fully lived up to the drama of the snowfall. 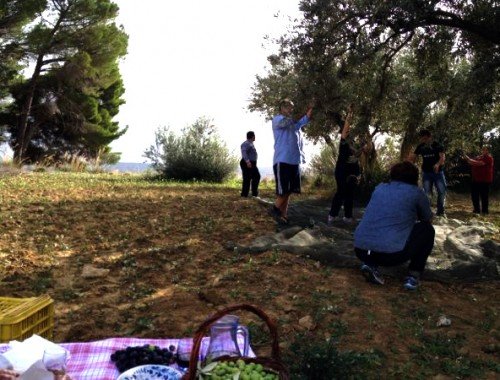