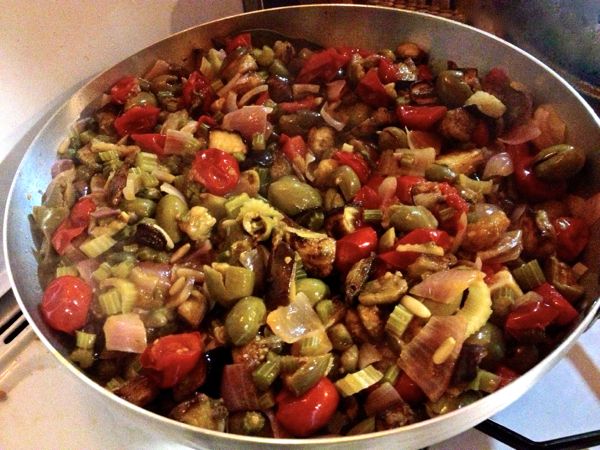 I love Sicily at any time of year (except July and August when it’s way too hot for my cool northern blood), but I especially love Sicily in autumn, when the newly pressed grapes are slowly turning to wine and olives are transformed into some of Italy’s finest oil. That’s when Sicilians themselves celebrate the abbondanza of this remarkable island. The sun is still high enough to warm body and soul, and markets are bursting with summer and autumn flavors alike: ruddy late tomatoes, ready to mash to a paste and dry in the sun for winter strattu (estratto); fat, dark-skinned eggplants for sweet-sour caponata; intensely flavored almonds to make pesto trapanese, so different from basil pesto, and the astonishingly lifelike marzipan frutti della Martorana; and tenerumi, the tender leaves of a particular Sicilian squash that mingle with pasta to make the most flavorful, healthful, delightful soup.

But no matter what time of year you go to Sicily you’ll be confronted with the island’s abbondanza. There are the street foods that almost have no season: arancini, round balls of rice with ragu tucked inside; sfincioni, thick-crusted Sicilian pizza, so different from what you find in the rest of Italy; pannelle, crispy chickpea flour strips that taste like French fries gone native.

And omigosh the fried fish, like what we had in Modica on a recent stopover—a paper cone filled with crisply fried shrimps and whitebait, just dipped in cornmeal and deep fried and so perfect we felt we could go on eating them for hours. And did, in fact. 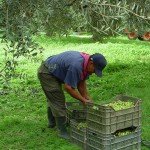 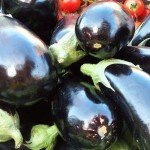 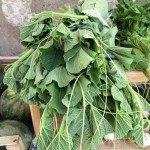 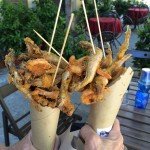 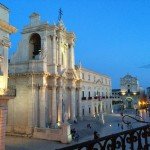 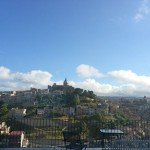 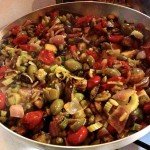 And then there are elaborate dishes like caponata and pasta alla Norma, dishes so identified with Sicily that you won’t find them anywhere else in Italy, or at least not as well made as by a Sicilian cook.

But Sicily is so much more than food—even though food and wine and fabulous olive oil are among the main reasons for my love affair. Still, there are the landscapes, the mountains, the seacoast, and the traces and treasures of those who were here before us—the Greeks, the Phoenicians, the Arabs, the Normans, the Spanish, the French.You see this and understand it in Siracusa’s ancient Piazza del Duomo where the Greek temple to Athena is an integral part of the Christian cathedral. But they all left a mark on the land and on the cuisine as well. As in couscous (there I go, talking about food again)—such a different take from what I’ve had in Morocco, Tunisia, Lebanon, and Palestine—and so utterly delicious in its uniqueness.

I’m traveling in Sicily again in late October and early November, and happy to have you all come along, with a five-day stop at Regaleali, the great wine estate in the heart of the heart of Sicily, where the Anna Tasca Lanza cooking school is headquartered, and then following with a six-day tour of that southeastern corner of Trinacria, as the Greeks called the island, a part that is little known to Americans yet embraces some of the finest foods, wines, and people that Sicily has to offer. You can find out more here. 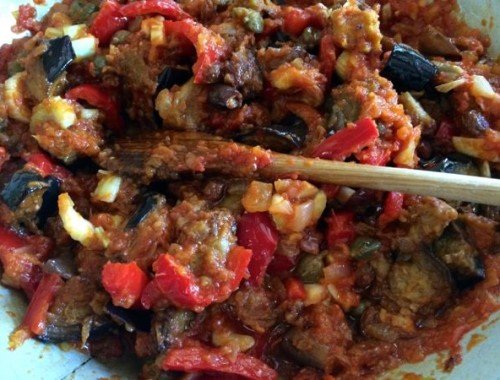 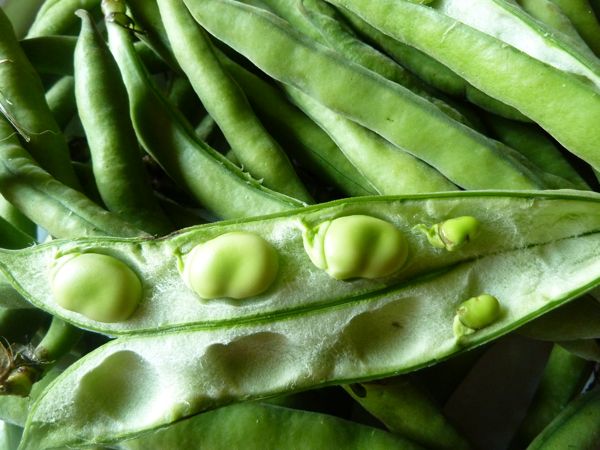