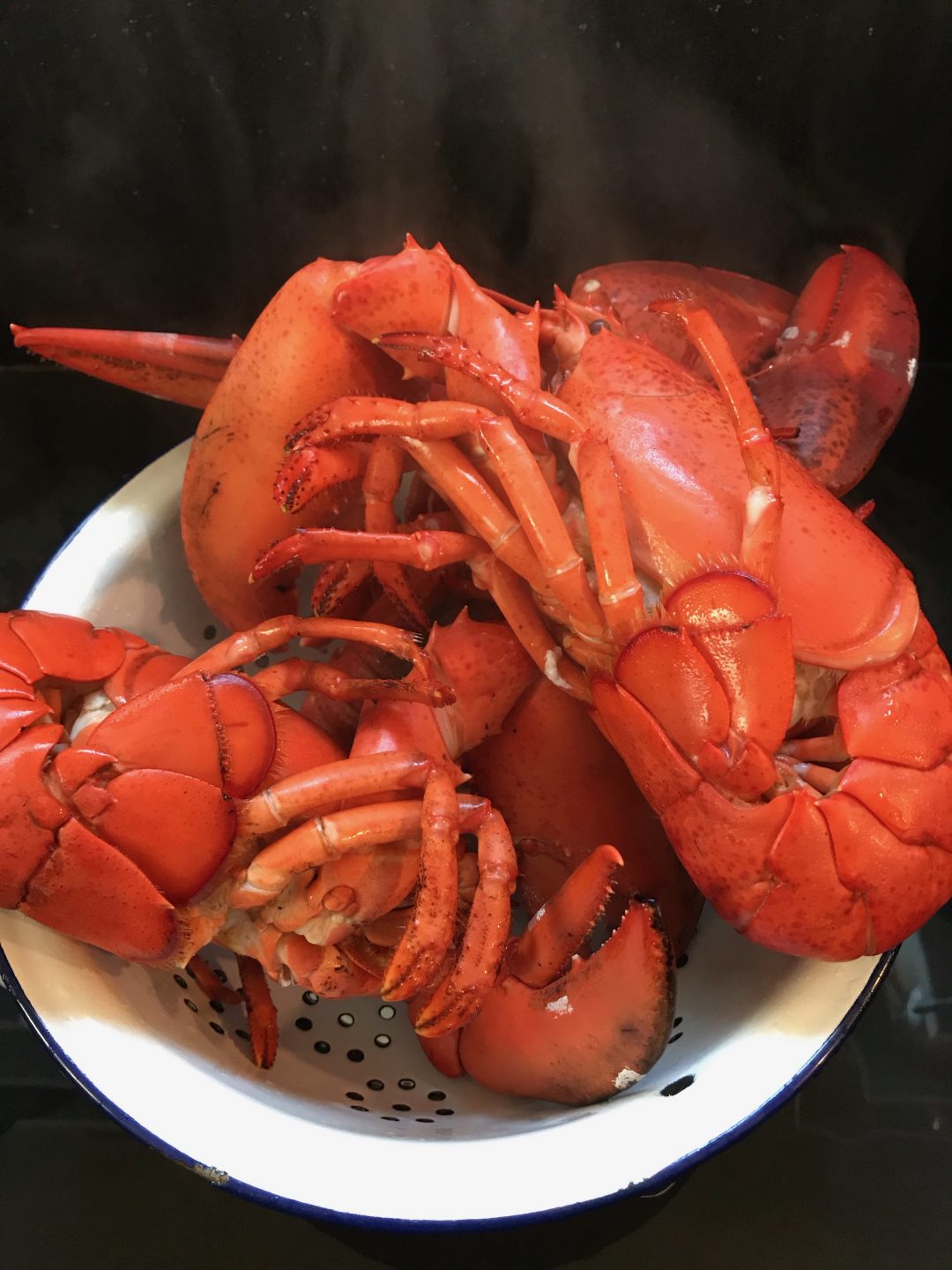 Lobstermen have their own esoteric vocabulary. “Bugs” are what they call lobsters and “shedders” are bugs at their tenderest and, many argue, their most delicious. When a bug sheds its hard carapace and starts to grow a soft new shell that’s easy to break open, the meat is sweet and tender. It’s no mistake on Mother Nature’s part that this happens at the height of summer when sweet corn is ripening in coastal gardens and the two, corn and lobster, can be combined in this extraordinary chowder. It’s very rich and could be served as a main course.

Lobsters should be alive and kicking before they’re cooked, which immediately brings up the question: Do they feel pain? Some researchers say they do and some say they don’t but the consensus comes down on the latter side, that lobsters as invertebrates don’t feel pain. If you have qualms about plunging live lobsters into boiling water, ask your fishmonger to kill them for you. But if you do that, you should run, not walk, to the nearest pot of rapidly boiling, salted water.

This makes 4 main course servings, 6 as a starter.

In a pot large enough to hold the lobsters, bring about 3 inches of water to a rolling boil. Add a good handful of sea salt, then plunge the lobsters, head first, into the boiling water. Cover the pot and cook for 6 or 7 minutes, until the lobsters have turned bright red. While the lobster is cooking, fill a basin with water and ice cubes. When the lobsters are done, remove and shock them in the ice water. When you can handle them, crack and remove the shells. Transfer the shells and any juices from the lobsters to a one-gallon stockpot. Dice the lobster tail meat but leave the claw meat whole. Set both meats aside.

Scrape the corn kernels away from the ears, setting the kernels aside. Add the scraped ears to the stockpot, along with the bay leaves, peppercorns, onion, celery and thyme. Cover with cold water to a depth of about 1 inch and set the pot over high heat. Bring to a boil, then lower the heat to simmer. Cover the pot and cook gently, just barely simmering the stock, for about 2 hours. Strain the stock through cheesecloth and set it aside.

Melt the butter in a small saucepan and when it foams, stir in the flour using a wire whisk. Cook, whisking, until the roux turns pale brown, about 6 or 7 minutes, then scrape it into a large bowl and whisk in the hot lobster stock, a little at a time, until you have a smooth, creamy mixture. Return this to the rinsed-out stockpot and simmer for 30 minutes, stirring occasionally. This is the chowder base.

This can be prepared ahead of time, say in the morning if you want to serve the chowder for dinner, but keep the base cool. When you’re ready to move on to the rest of the recipe, set the chowder base in its stockpot over low heat and bring to a gentle simmer.

In a large skillet over medium-low heat, cook the bacon until it is crisp and brown. Drain and add to the simmering chowder base.

Drain and discard all but about 2 tablespoons of fat from the skillet then add the onion and garlic to the skillet. Cook over medium-low heat until the vegetables are soft, then stir in the peppers, the reserved corn kernels and the celery. Stir to mix well, and cook gently for about 5 minutes, just until the vegetables start to soften and render up their flavors. Add to the chowder base, along with the potato chunks. Simmer for 20 more minutes, then stir in the thyme and the cream and simmer another 5 minutes to bring all the flavors together.

Just before serving, stir in the lobster tail meat and let it warm up in the chowder. Then serve, using a piece of claw meat to garnish each plate. Sprinkle with chives and smoked paprika and serve immediately. 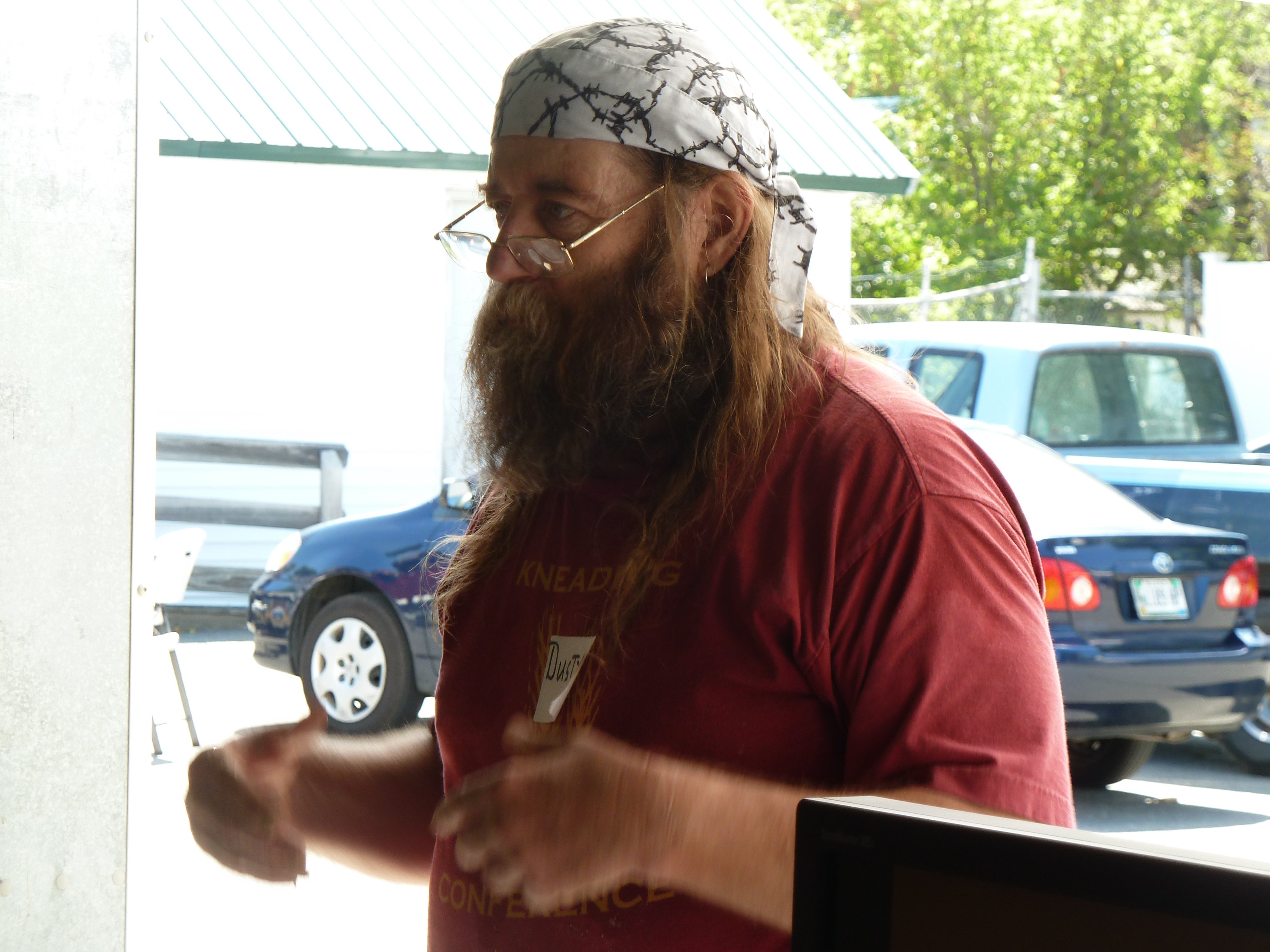 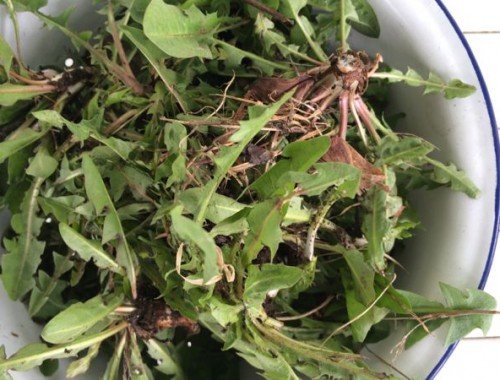