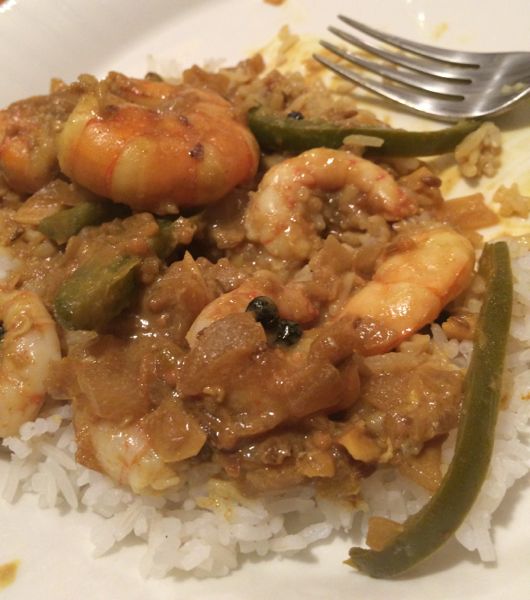 Maine shrimp, fresh off the boat

Far from my usual Mediterranean comfort zone, last night I cooked up a batch of Maine shrimp in an Indian curry sauce and served it over steamed rice for dinner. It was a nice change of flavors from the usual Sicilian garlic-lemon-olive oil, although I’m convinced that Maine shrimp really are best eaten raw, second best flash grilled on a very hot griddle with nothing but salt to enhance them.

These tiny, exquisitely sweet little critters are the antithesis of the giant frozen wonders that come from other places, other climes. In fact, at the market where I found Maine shrimp, I also purchased, by way of comparison, a half pound of what the fish monger had labeled “wild shrimp from California’s Gulf Coast.” (I did not have the heart to point out to him that California, although it has a long coastline, actually lacks a Gulf coast.)

There was of course no comparison at all. The West Coast shrimp (if indeed that’s what they were) were at least three times the size of the Maine ones, sufficiently large to make up a shrimp cocktail but their texture was tough and grainy, while the intense flavor of the Maine girls was as subtly shrimpy as a person could possible wish and the texture was delicate and tender. It seemed a shame to drop such delicacies into curry sauce but to my surprise they enhanced the taste and their own flavors rode well atop the intensity of the curry. Shrimps in an Andaman curry–the big ones are from the West Coast, the little sweet ones from Maine

I call Maine shrimp “girls” because that’s what they are at this time of the year when they swim, or rather swarm, into Maine waters, each little individual bearing a grey sac of roe tucked between her legs. But life for the shrimp is not always lived as a female. Pandalus borealis, or Northern Shrimp as they are properly called, are hermaphrodites; they begin life as boys and then, somewhere between two and four years old, evolve into females. As the winter water temperature chills, the shrimp move inshore and concentrate near river mouths, estuaries and other nearshore areas, getting ready to release their eggs later in the spring. And these girls make up the bulk of the commercial catch.

The sad part of the story is that Maine shrimp are yet another delicious denizen of the deep that has been overfished to the point that the catch is now strictly regulated. This year, like last year, there was no harvest at all.

So how was it that I was able to purchase my lovelies? The state authorities allow eight boats, selected in a lottery of qualified fishermen, to harvest a certain quantity of shrimp for a limited number of days throughout the winter season. This is for research purposes, to keep track of the health of the stock, but of course the catch must be disposed of; hence, local markets like Graffam’s in Rockport, Jess’s in Rockland, Port Clyde Fresh Catch in Port Clyde, or Harbor Fish in Portland, are allotted quotas of shrimp in rotation. But they are very expensive. the erstwhile shrimp truck, some years ago, when shrimp sold for $1 a pound.

Most Mainers remember when shrimp were sold from trucks by the side of the road for a buck a pound, no more. Now, at the fish markets, a pound of whole unpeeled shrimp (the only way to buy them, by my lights) cost $8 to $9. But it’s worth it for a very special, unique gastronomic treat that is quite simply unavailable at any other time of the year. Wintertime Maine shrimp is a coastal treasure, one we have to recognize and celebrate for as long as we can.

So here’s that recipe but do keep in mind that Maine shrimp can also be served up raw, with a sprinkle of lime or lemon juice to just “cook” them in the style of a seviche; or they can be sprinkled with a really good Sicilian sea salt and simply thrown on a very hot griddle and flipped once for a total cooking time of 60 to 90 seconds.

The recipe comes from the Andaman Islands in the Bay of Bengal and is based on one in a book called A Taste of Madras by Rani Kingman. The shrimp should be peeled, heads and tails removed, before weighing. One and a half pounds of whole shrimp should yield a pound of peeled shrimp.

Put the tamarind paste in a cup and add about ¼ cup of boiling water. Set aside to steep. Remove the seeds and inner white membranes from the chili and slice it vertically in thin slivers. Set aside.

Add the curry leaves and oil to a deep skillet large enough to hold all the ingredients. Set over medium heat and fry the curry leaves for a minute or two, until they start to give off their aroma. Then add the chopped onion and garlic to the pan with the peppercorns. Cook, stirring, until the onion bits are softened, then stir in the mustard and cumin seeds. Mix in the tamarind, coconut milk, chili and turmeric. Add a little boiling water, enough to make a thick sauce. Cover the pan, lower the heat to simmer and cook gently for about 5 minutes to thicken the sauce and meld the flavors.

Add the shrimp and cook very briefly, just stirring them in the sauce until they turn color, not more than a minute or so. Remove from the heat and serve immediately, with plain steamed rice.

NOTE: You could also do this recipe with the great big shrimp from other parts of the world. They will require a little more cooking but probably not more than 5 or 6 minutes. 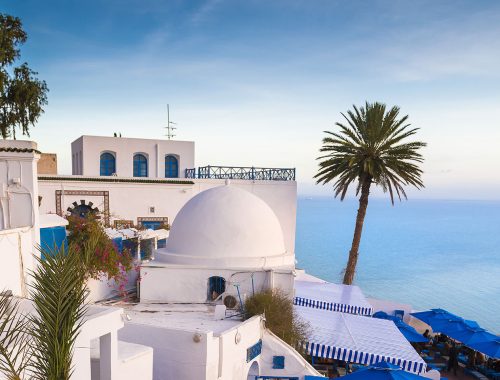 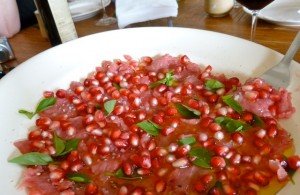 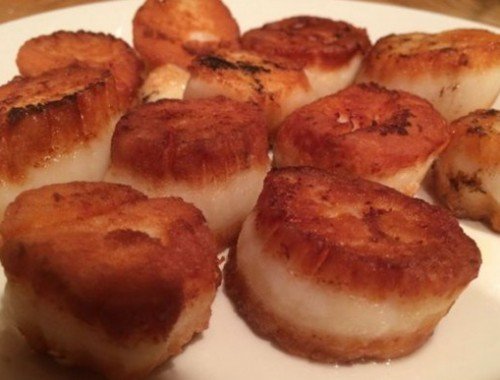