It’s All About the Excess It strikes me that Americans, though we profess an ideal of simplicity, are seldom content with the actual concept—especially at the table where we talk about how something is better when it tastes of what it is, unadorned with dressings and spicy sauces and extra ingredients. But do we embrace the ideal in practice? No!

In most restaurant kitchens, despite chefs’ claims,  the notion of simplicity is anathema, whether it’s Grant Achatz’s lamb 86 (three little portions of lamb, cooked three ways and served with, I’m not exaggerating, 86 different accompaniments–you can see the kitchen brigade at Alinea putting this together on You Tube), or a burger that was extolled recently in the New York Times by my erstwhile colleague Sam Sifton—a grilled meat pattie topped with a combination called crab Rangoon (crabmeat mixed with cream cheese, Worcestershire, soy sauce and mayo), itself topped with coleslaw (and not just any coleslaw, this one is stir-fired) and then chile sauce, and finally the whole contraption served on a soft sesame-seed bun. Get your mouth around that if you can!

This is something the Times food editor ate in Omaha, Nebraska, and not only got his mouth around it, apparently he could not get enough of it. Indeed, he offered up at least part of the recipe—the part that involves the crab Rangoon. I suppose you could figure out the rest.

No wonder so many people claim to have given up cooking. It’s not just complicated, it’s also hard to put this concoction together, requiring as it does not only a Fourth-of-July parade of ingredients but also several different techniques—grilling, frying, blending, toasting. Especially when all you really need for a delicious burger is some good chopped beef (not too lean) flipped in a pan over medium heat on the top of the stove, topped with nothing more challenging than (maybe) a slice of excellent cheese, and served with a choice of condiments, ketchup, mustard, relish, maybe some slivered onions. I could happily eat that three nights a week (I know, I know, that’s no way to protect the environment—I’m using it as an example, not as reality) and still have time to finish A La Recherche du Temps Perdu, instead of spending my time blending crab (first go find the crab), cream cheese, mayo, W’shire, soy, and who knows what else—(did he forget the sriracha?), stir-frying coleslaw (first make your coleslaw), and finally flipping the burger on the stove top grill. Then piling it all together and watching as your family opens wide in an attempt to consume the thing without spilling it all down their fronts.

What does this remind me of? Back in the 50’s something called a Dagwood burger became briefly popular based on a comic strip (not a graphic novel, an honest-to-god comic strip–remember those?) about a character named Dagwood who piled his family’s sandwiches so high they had to be consumed in layers. For a blessedly brief period my father was into Dagwood burgers, letting his culinary imagination run wild for Sunday night suppers. But the Dagwood had a short life at our house. We complained that napkins, even spread across our fronts, were insufficient to contain the squishes of mayonnaise, ketchup, mustard, the slivers of tomato, the piles of cheese, et cetera. In the end, after my sister spent the night throwing up the remains of a Dagwood burger, Daddy finally retreated, going back to more traditional Sunday night fare.

Which was crackers and milk, simplicity defined–a tall glass filled to the top with crumbled saltines, cold milk poured over, eaten with a spoon. Salty, crunchy, cooling, bliss. After the excesses of the Omaha burger, I’d happily go back to that. 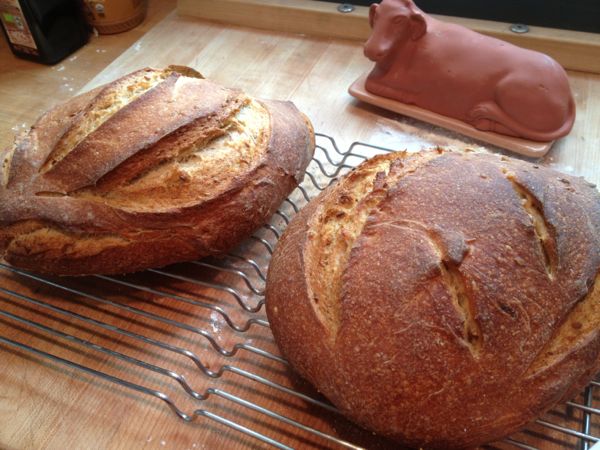 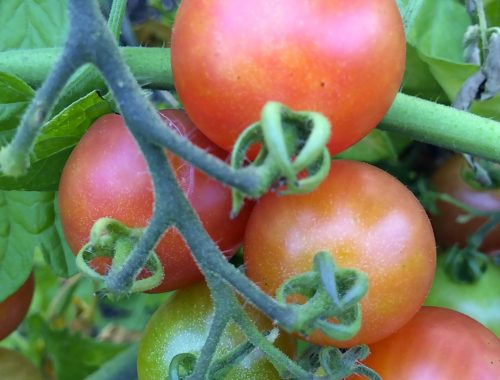