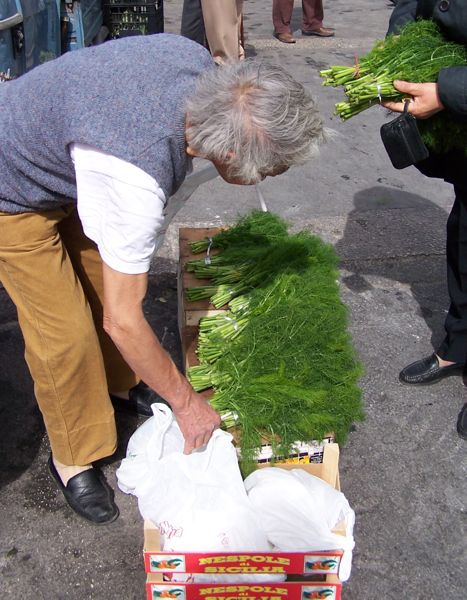 In the New York Times this week there’s a recipe for pasta with sardines and wild fennel that is what Sicilians themselves claim as their most authentic dish–probably because it’s so darned difficult to find the ingredients anywhere else but on that blessed island in the middle of the blue blue sea, where wild fennel grows in abundance and sardines are prolific in fish markets. But the dish is associated with San Giuseppe, the feast of St. Joseph, on March 19 when both sardines and wild fennel greens are abundant, so it’s not clear why the venerable paper of record is publishing a recipe for it now. Be that as it may, this is one example of something delicious that, try as we might (and we Americans just keep on trying, no matter how often it doesn’t work), we cannot reproduce here except in the most pallid sort of imitation. Unless, that is, we are willing to source both fresh sardines (not canned) and fresh wild fennel (which grows all over California–and some enterprising locavore should be harvesting it). Only then will you get an approximation of what pasta colle sarde is like on its home ground. My advice? Before you begin, take a trip to Sicily in late March or early April and taste the dish the way it’s meant to be. Only then should you come back and struggle with reproducing it back here.

This is the recipe that’s in The Four Seasons of Pasta. It’s a bit more “authentic” than the version in the New York Times.

The feast of St. Joseph on March 19, comes right before the vernal equinox, and all around the Christian Mediterranean it’s a welcome to spring. On the island of Sicily, it’s marked by this splendid dish, which requires two ingredients that are almost impossible to find in North America—wild fennel greens and fresh sardines. But we want to include pasta colle sarde, first of all because it’s an important harbinger of spring, and secondly, for our friends on the West Coast where wild fennel, doubtless brought by Italian immigrants generations ago, grows in some profusion, and the wild sardines have returned, in part through the admirable efforts of the Monterey Bay Aquarium (see www.seafoodwatch.org).

Gather the tender stalks and feathery fronds of wild fennel, taking care only to harvest in places that have not been sprayed or subject to exhaust pollution (i.e., not along highway edges). If you can’t cut the stalk easily with a paring knife, it will be too tough to use in the dish. Cut the stalks in inch-long pieces. You should have about 4 well-packed cups of stalks and greens. Rinse the fennel several times in a basin of water, swishing it to rid it of undesirable dust or critters. If your fishmonger is not willing to clean the sardines, you’ll have to do it yourself. Fortunately it’s easier to do than to describe. Don’t worry about getting every last little bone, apart from the backbone. Sardine bones are soft and fine—just think of them as extra calcium. Using a sharp paring knife, slice the sardine from head to tail along the belly and butterfly open the two fillets. With the point of the knife, dig under the spine by the tail and gently pull up until it starts to lift free. Pull the skeleton up along the body and discard with heads and tails of the fish. Clean any guts away and keep the fillets cold until ready to cook.

Bring 3 quarts of water to a rolling boil in a large pot and add the fennel greens and stalks. Boil for 15 to 20 minutes, or until the thickest pieces of stalk are tender.

While the fennel is cooking, prepare the sardines. Cut each fish into two fillets and rinse quickly in cool water. Set aside about a quarter to a third of the sardines to be fried. (Each serving will be garnished with at least one fried fillet.) Chop the remaining sardines into bite-sized pieces and pat them dry with paper towels.

When the fennel is done, use a slotted spoon to pull it out of the cooking water and set aside. Do not discard the cooking water. At this point you should have about 2 cups of cooked greens. Chop the greens coarsely, as soon as you can handle them.

Remove ½ cup of the cooking water and transfer to a small bowl. Add the saffron and set aside to steep.

Add 2 to 3 tablespoons of oil to a skillet and set over medium-low heat. Add the onion and cook gently, stirring frequently, until the onion is soft and golden. Do not let the onion get brown. Stir in the chopped anchovies and cook, pressing with a fork to mash the anchovy bits into the oil. Add the tomato puree and the wine, raise the heat slightly, and simmer for 2 to 3 minutes to combine the flavors.

Add the chopped sardines to the skillet and cook, stirring, until they have turned opaque, then stir in the chopped fennel. Add the drained raisins, the pine nuts, and the saffron water, stirring them in. Let the sauce simmer very gently while you fry the sardines and cook the pasta. If the sauce appears to be drying out too much, add a little of the fennel cooking water. (You may prepare the recipe ahead of time to this point and hold the sauce, refrigerated if necessary, reheating when ready to continue with the recipe.)

Dry the reserved whole sardine fillets once more with paper towel. Spread the flour in a plate and lightly coat the fillets with flour. Add about ¼ cup of oil to a skillet and set over medium heat. When the oil is hot, brown the fillets on both sides, then transfer to a rack covered with paper towels to drain.

Add water to the fennel cooking liquid to make about 6 quarts and bring to a rolling boil. Cook the pasta following directions on page tk—bucatini take about 12 minutes, but start testing the pasta after 8 or 9 minutes.

When the pasta is al dente, drain it and immediately turn it into a warmed bowl, dressing it with the hot sardine-fennel sauce. Top with the toasted breadcrumbs and garnish with the fried fillets. Serve immediately. 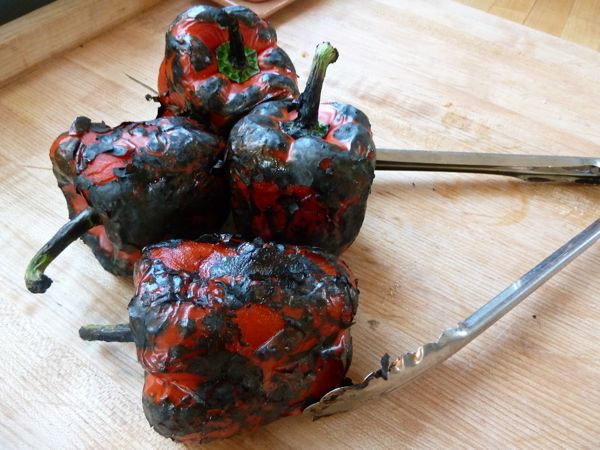 Last Minute Treat for the Holidays 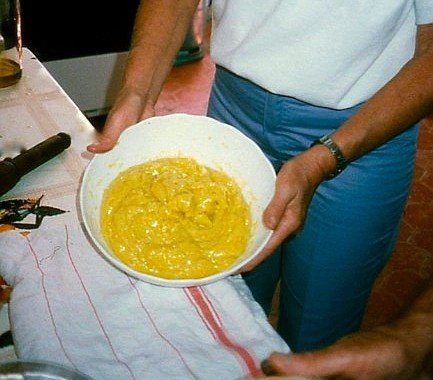 Extra-virgin in the Kitchen