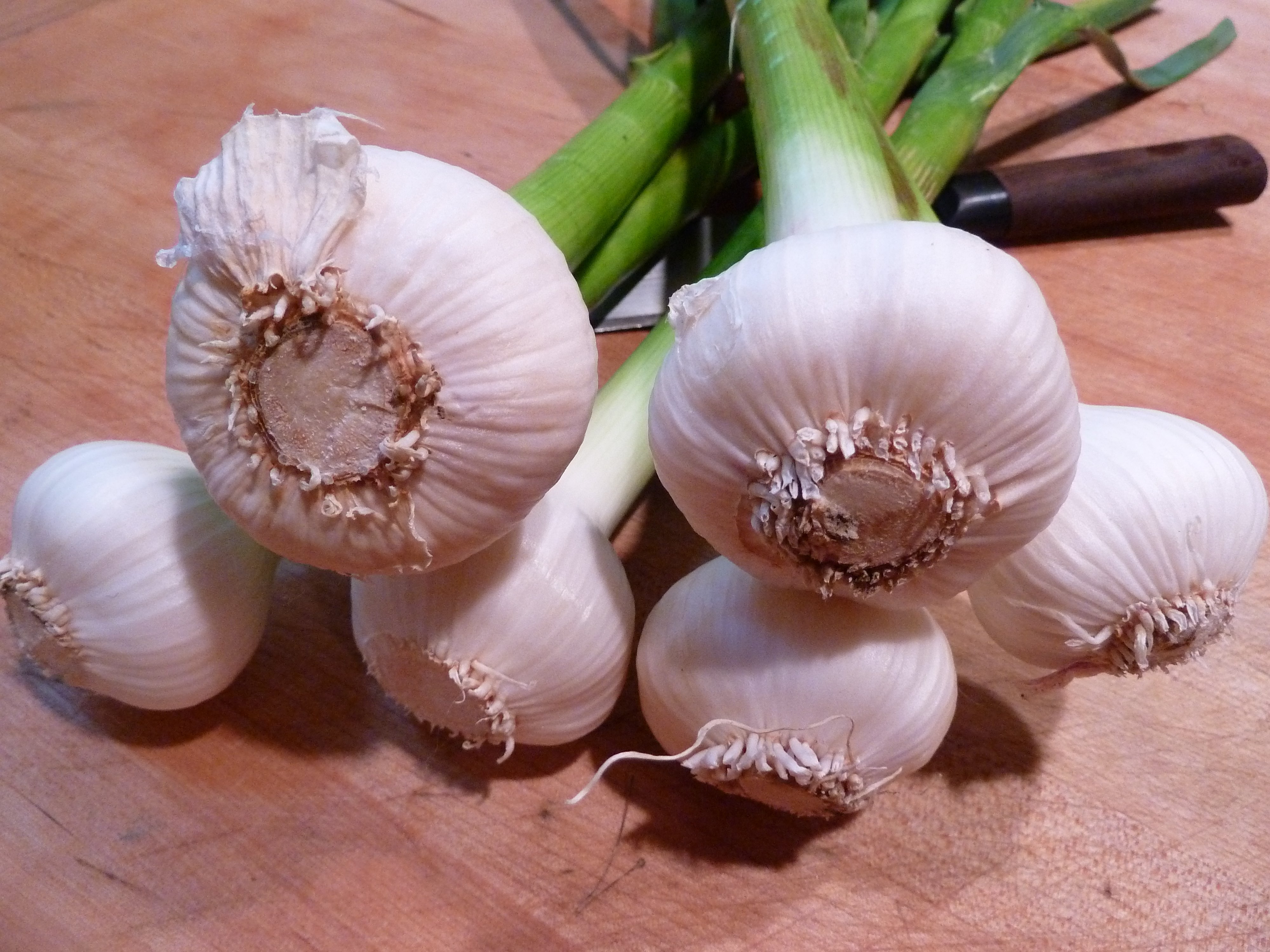 Anne Raver’s lovely piece about New Mexico garlic grower Stanley Crawford in today’s New York Times reminds me that I forgot to put up a recipe for garlic soup, a perennial favorite that is at its best right now, when early garlic in farmer’s markets is so sweet and flavorful compared to what’s available the rest of the year.

Something more than half the garlic sold in the U.S.  is imported from China, a major supplier to the rest of the world as well. This is one of those weirdnesses of modern marketing that I can’t get my head around—like radishes from Mexico which I won’t buy. Nothing against Mexican radish growers but local radishes are where I want to put my radish money.

What Raver neglected to explore in her article is whether there is some secret to keeping garlic plump and tasty for more than six months after the harvest date. Apparently not and since garlic, unlike radishes, is essential in any good kitchen and fresh local garlic is simply not available much of the year, then Chinese garlic it is. Still, doesn’t it seem awkward, to say the least, to transport this utterly common ingredient over such a vast distance?

I once went to a spectacular garlic fair in the heart of Marseilles, held each year on June 24th, the feast of St. John the Baptist, a tradition that went back generations. Alas the tradition has died, along with garlic growing in the region around Marseilles. But Label Rouge garlic from Lautrec (l’ail rose de Lautrec), with its pretty pink-streaked bulbs, is still very much in demand, and that lovely medieval town, east of Toulouse and north of Carcassone, celebrates with a garlic fête on the first Friday of August. Put that on your calendar if you’re going to be in the south of France.

Meanwhile, I’m buying fresh Maine garlic in my local markets and enjoying the sweet flavors of garlic soup. The easy recipe comes from Spain where it’s almost always served hot, but it’s equally delicious as a chilled starter on the hottest days of summer. This is from The New Mediterranean Diet Cookbook, where there are also a couple of recipes for other delicious chilled soups—gazpacho and the like.

To make 4 servings, you will need:

In a heavy soup kettle, gently cook the garlic in the oil over low heat until the cloves are thoroughly softened, about 15 minutes. Don’t let the cloves get brown. Remove them with a slotted spoon and set aside.

Stir the chili pepper into the hot oil in the pan, then add stock and sherry. Bring to a simmer while you stir in the cumin and saffron.

Use a fork to crush the tender garlic cloves to a thick paste, then stir the paste back into the soup. Taste and add salt if necessary. Cover the pan and leave the soup to simmer very gently for about 15 minutes.

Note that if you want to serve the soup hot, it is traditionally poured over thick slices of crusty bread, toasted and rubbed with a cut clove of garlic. Often too a poached egg will garnish the hot soup.

If you are serving it cold, you may wish to whizz it briefly in a blender to make a thorough puree, then garnish it with slivered garlic scapes and/or little croutons of stale bread toasted in olive oil until brown and crisp. 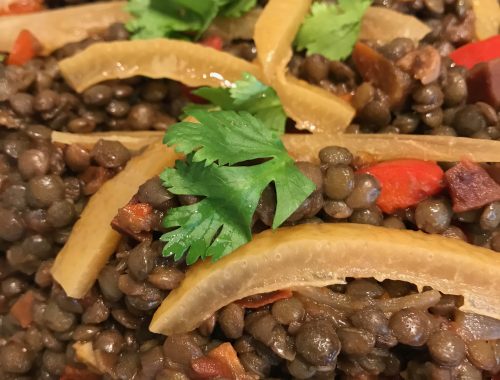 What To Do With All Those Tomatoes