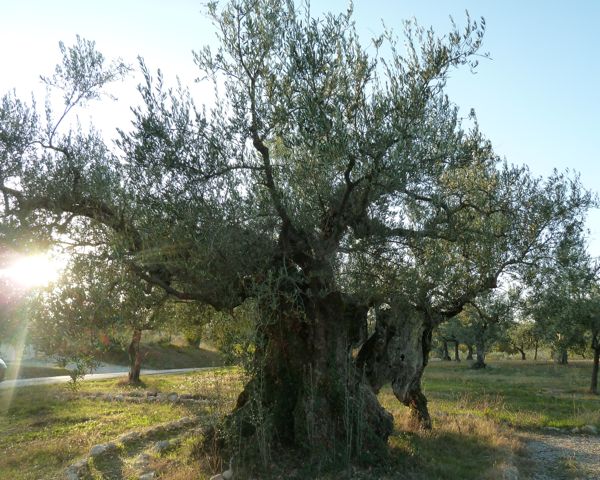 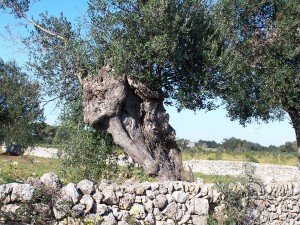 It was a pleasure to see Julia Moskin delve deeply into olive oil in a recent New York Times article (https://tinyurl.com/y4bgq2ph) Extra-virgin olive oil is such a unique ingredient, so important in a healthy diet, so critical to the flavor of most Mediterranean dishes (and many others besides), that it’s unfortunate so many American consumers still seem perplexed and confused about it, even after years of comment and concern.

The myths do prevail, however. Two of the most prevalent are:

Neither of these is completely true. Italian financial authorities are extra vigilant where foodstuffs 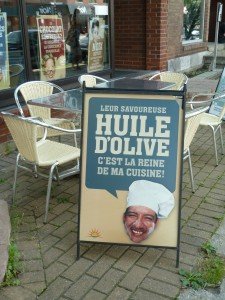 are concerned; when they step in to confiscate fake oil masquerading as Italian, it makes national news and leads to huge fines and jail terms. While there is indeed fake oil on the market (just as there are many other fake foods), a smart consumer can easily avoid them. Just remember that good olive oil is expensive; anything that looks too good to be true most likely is.

More problematic for consumers than out-and-out fraud are olive oils that began life as extra-virgins but have long outlived that category. In other words, they’re too old. Under good conditions, extra-virgin oil will be good to use, in the sense that it won’t be harmful, two and even three years after it was produced. The operative words in that sentence are: “under good conditions.” That means the oil will have been kept in a cool, dark place—but not refrigerated. Oil in transparent glass bottles, sitting high under the lights on a grocery shelf, is to be avoided–no matter what the label says! Nonetheless, extra-virgin will lose a lot of its dynamic flavors even in the first six months. Oils made from cultivars like picual and moraiolo that are higher in natural polyphenols have greater staying power but even those begin to lose their oomph with time. For this reason, a wise consumer will look for younger oils, of the season (right now that’s 2018-19 harvest).

As for cooking with extra-virgin? I follow the lead of chefs and cooks all over the Mediterranean and use almost nothing else–a little butter now and then, sometimes lard when I find a good source, but otherwise it’s olive oil, extra-virgin, all the way.

And what about olive oil’s alleged low smoke point? (This is the critical point when fat begins to smoke in the pan, indicating undesirable changes of character and flavor; the smoke point changes from one type of fat to another, from butter to olive oil to lard to Wesson oil.) Low smoke point is a pervasive myth largely perpetuated, I believe, by purveyors of cheap refined oils and it is simply not true. Extra-virgin’s smoke point is above 400ºF and that is way beyond any temperature you should be aiming for. The venerable Joy of Cooking recommends a deep-fat frying temp of around 360º–higher than that, you risk burning the outside coating of your shrimp fritters before the inside is fully done, and lower than that, you risk absorbing too much grease.

EVOO: What it is and is not

Extra-virgin is the only olive oil worth talking about, and the only oil worth consuming, in your kitchen and on your table. Anything not labeled extra-virgin (just plain “olive oil,” for instance, or “pure olive oil,” or “light oive oil”) should be left right there on the supermarket shelf.

Why is that? Because extra-virgin is produced only by a mechanical process, without using heat or chemicals for extraction. That’s what the law requires. The olives are squeezed,  the pure, unadulterated “juice” or oil is separated from the pulp, and that’s it. Mechanical extraction means all the valuable polyphenols that provide both good health and optimal flavors are retained in the oil.

To qualify legally as extra-virgin, the oil must have a few other characteristics, most importantly two measures of oxidation or rancidity–a free oleic acid content below 0.8%, and a peroxide level of 20 mep or less. These levels are set by the International Olive Council, a UN organization that governs olive oil quality standards, and they are really much too generous. The high-quality olive oil producers that I know, in Greece, Italy and Spain, would sell their oil to the nearest biodiesel plant if it came out anywhere near 0.8% oleic acid and 20 mep. They’re actually looking for measures closer to 0.2% acid and 5 or 6 mep. Trouble is, those measures are not required on the label so you could be getting anything up to the limit. And if you’re buying commodity oils from international brands (I name no names), you will no doubt be getting an extra-virgin that is 0.8% free oleic acid and doubtless blended from oils produced all over the Mediterranean map.

Getting to the best 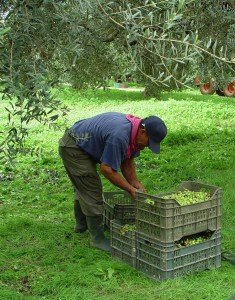 So how can you be certain of getting the best?

First, read the label. (Do I have to say that’s super-important for any costly food?) With European oils (Portuguese, Spanish, French, Italian, Greek and Croatian), look for a “protected denomination of origin” (DOP in Italy, DO in Spain). This is a European guarantee that the oil is what it says it is, made in a specific place by a specific process. There are hundreds of these, possibly thousands, many of which never see an American market because production is too low. It might be DOP Baena from Andalucia, or DOP Terre di Siena from Tuscany, or DOP Kalamata from Greece, or many other similar designations. (Oils from outside Europe–e.g., Turkish, Tunisian, Moroccan, South African, Australian, Chilean–can’t offer this information.)

Secondly, look for the date of harvest. This is not a legal requirement but the best producers proudly proclaim their harvest on the label because they know it is of critical importance. Right now (September 2019) you are looking for 2018/2019 harvest. In another six months it will be 2019/2020. Why is this so important? Because freshness is key to quality. Note well: harvest date is not the same as bottling date or use-by date. The law requires a use-by date of two years after bottling, but the oil might well have been bottled when it was already two years old. So by the end of the “use by” date, the oil could be four or five years old and by that time it will have lost whatever fresh flavors it began with. It won’t be bad for you, as long as it’s not rancid, but it won’t be worth the elevated price you might be asked to pay.

And rancid? What is that? That’s when oil has oxidized and it’s the same unmistakeable fragrance you’ll recognize from that little bag of walnuts that’s been in the back of the pantry cupboard for the last two years. Or the sack of whole-wheat flour that stayed too long unused. Both will have an oily, musty smell, just like rancid olive oil. There is only one cure for rancidity: Throw it out! 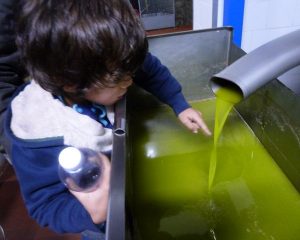 Far and away, the best method to tell if an oil is any good is simply to educate your palate by tasting. And tasting. And tasting again. Tasting a whole variety of oils from many different parts of the world, tasting them on their own from a spoon or a tasting glass, tasting them poured over a freshly sliced raw tomato, or on a piece of rare roast beef, or a dish of stewed Tuscan beans, on toasted whole-grain bread, with an avocado slice, lavished on a bowl of hot pasta. Just as with wine, just as with coffee or tea, just as with soft cheeses—you only know what is good, or what you like, by tasting a gamut of flavors. That’s not always easy to do because olive oil is expensive, but take advantage of any in-store tastings and keep note of what the flavors are like. And don’t be tempted by lemon oil, garlic oil, chili oil or, perish forbid, white truffle oil. It’s olive oil that you want to taste, pure and simple. Those added flavors are often a way to disguise olive oil that doesn’t make the mark.

Finally, if you’re still puzzled by olive oil, buy from a trusted source. That will not always be your go-to gourmet grocer or your local Whole Foods. Sadly, even in otherwise fine establishments, some of the best oils are often mishandled to their detriment. Buying online from outfits that know olive oil as well as or better than anyone else, that treat extra-virgin with the respect it demands, and that moreover will take note and make amends if they slip up–that’s the one sure route to excellence. Here are my own trusted sources:

www.gustiamo.com: Italian oils and other fine food products; online only

www.markethallfoods.com: Oils from many parts of the world, but especially Italy and California; brick-and-mortar store in Oakland, CA

www.zingermans.com: oils from all over the world; b&m store in Ann Arbor, MI

What Do You Know About Your Extra-virgin? 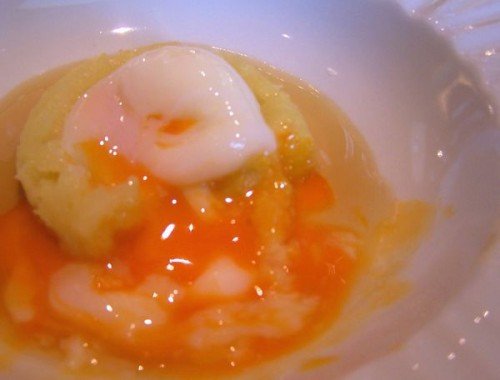