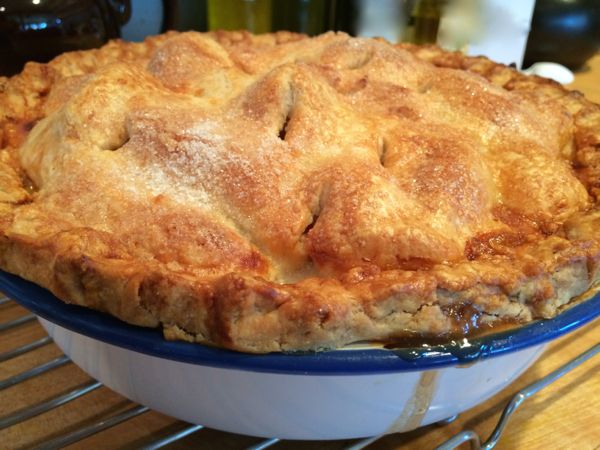 Apple pie for breakfast! My first job many years ago was at a B&B on a sheep farm where the farmer had his breakfast after tending his animals and before going off to his day job–he was a foreman at the Knox Woolen Company. 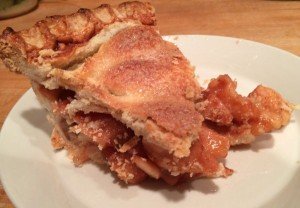 Mr. Keller always had pie for breakfast, year in and year out, and very often it was made with apples from his orchard. When he was extra hungry, he had a wedge of store cheese on the side.

This one was made with a lardy crust (3 cups ap flour, a cup of rendered leaf lard, an egg yolk, some cold milk) filled with chunks of big, red Wealthy apples mixed with sugar, lemon juice, a little rum, a bit of vanilla, cinnamon, nutmeg, and a big pinch of ground cardamom, butter flaked over the top before the top crust was put on, then the egg white and a sprinkle of demerara sugar on the very top, 20 minutes at 425º, then 50 minutes at 350º. 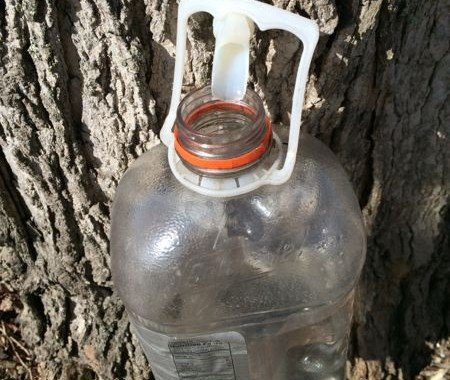 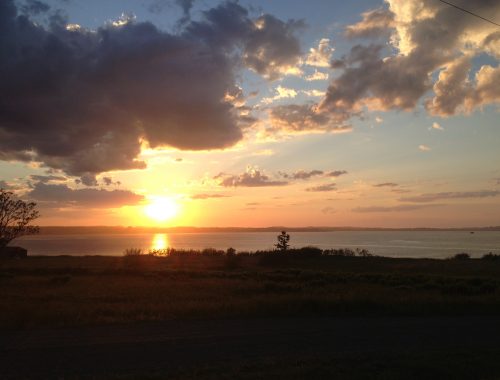