AmorOlio in Puglia for the Olive Harvest

This is Rosy Grottoli, chef at Masseria Fumarola, which will be our home in October and again in November for AmorOlio in Puglia, six days honoring the cuisine and culture of the Heel of the Boot, as Puglia is happily known.

That Puglia also produces more than 50% of all the olive oil made in Italy, and that much of that oil is high-quality extra-virgin, just adds to the appeal. 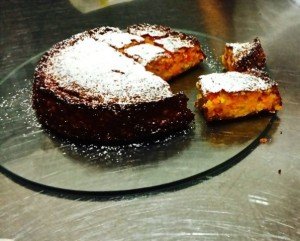 And of course Rosy is a big part of the appeal for me. Why is that? It’s simply because in the past I worked a lot with male chefs (guy chefs, we call them) in resort hotels who are often sort of condescending to us culinary enthusiasts. (I think they’d rather be spooning foams on top of custards than teaching us about local traditions—and of course it’s the local traditions that fascinate us.) So it’s going to be thrilling to me to work with Rosy in the kitchen at Fumarola. She has a real grounding in the traditions of this region—but that doesn’t mean she’s not quick to adapt too. Just take a look at this carrot-almond cake, made with olive oil of course, that she presented to us when we stopped in for a quick visit last month. Believe me, it was every bit as good as it looks! So I’ve put that on the menu of what we’re going to cook—and eat—while we’re exploring this fascinating region. 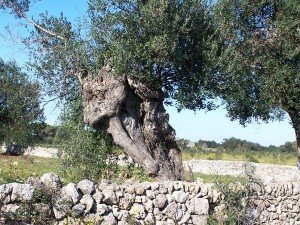 There are a couple of places left in the October 12-19 program and a few more November 9 to 16. It’s going to be olive harvesting season in Puglia and of course a big highlight will be the tasting of new oil. Can’t beat it—join us! Find out more, register, deposit, at pascarosa.com.