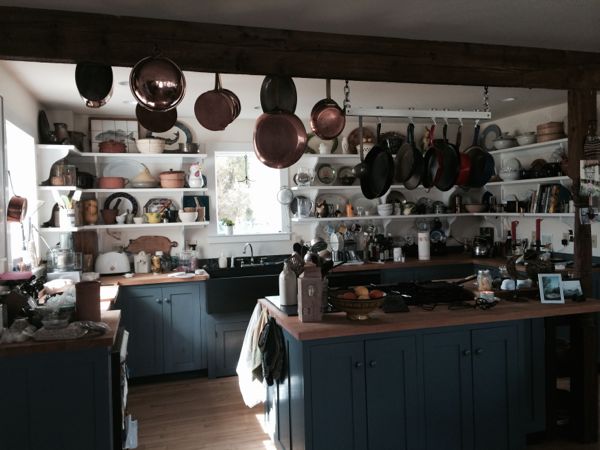 A Bird for an Autumn Feast Comes now autumn and typically, here on the coast of Maine, it comes suddenly, with just a slight shift in the light as warning. You wake one morning to a more golden spectrum and you realize that glow in the tops of the maples is not sunlight but actually turning leaves as they too shift from deepest green to chrome and orange. Despite skies of a cloudless, most heart-stopping blue, you feel a chill in the air and check the thermometer to see if it has dropped to the frost line yet.

Not yet, but soon.

It’s time to put away the garden grill, time to light the oven. The first chilly evening brings with it a longing for wood fires and robust, cold weather dishes, fat-dripping roasts of meat and birds, long-simmered soups and casseroles, root vegetables baked in the oven with garlic and onions and what’s left of last year’s olive oil. In the market, we buy a fat four-pound chicken

from the farmer who swears his tasty birds graze freely on pasture, and in the kitchen we haul out the roasting pan. biddy grazing freely in the garden

I have seldom had a roast chicken in a restaurant that’s as good as the ones we make, whether in Maine or in the farmhouse kitchen in Tuscany. But years ago I dined at Alain Passard’s Paris restaurant l’Arpège and was stunned by the quality and simplicity of a roast chicken surrounded by seasonal vegetables. The fragrance alone that rose from the dish was sufficient to satisfy, but then the flavors, the textures, in the mouth and on the palate, were sublime—no other word will do. I cannot tell you to this day what the great chef did to that bird—it could have been his now famous poulet au foin, chicken roasted on a bed of hay in a sealed cocotte–but it was clear that we, the diners, were in the hands of a master.

I get so impatient with people who claim never to cook, to find cooking anything at all just too trying, too time-consuming, too demanding to be bothered with. Still, we can’t all be masters in the kitchen—otherwise there would be no need for great chefs like Passard. But, Passard apart, as far as I’m concerned, if you’re going to eat well, and if you’re going to feed family and friends something desirable, you pretty much have to cook it yourself. And few things are simpler or more satisfying than a plain roast chicken.

In Virgin Territory I described two ways of roasting a fine fat bird. They’re not terribly different except that one starts with a very hot oven that is then turned down and the other starts with a lower oven that gets raised to 400º at the end. The first is the way Elizabeth David always roasted chickens, the second is the method perfected by Marcella Hazan. I switch between one and the other, depending on my mood, but either one gives excellent results. Oven-roasted chicken with lemon and herbs

This recipe, from Virgin Territory, is based on Marcella Hazan’s method:

Take a 4-pound roasting chicken, one that has been thoroughly cleaned (set aside the innards, which are sometimes tucked inside the bird in a paper pouch), rinse it under cool running water, and dry it, inside and out, with paper towels.

Put a good pinch of sea salt and plenty of freshly ground black pepper in a small bowl and add a handful of chopped fresh herbs—parsley is essential, also rosemary and/or thyme. Mix the salt and herbs together and add to it about a half cup of extra-virgin olive oil and the juice of half a lemon. Mix this together with your fingers to make a paste and rub the paste all over the bird, inside and out, putting a couple of tablespoons inside the cavity. Add 3 more lemon halves to the cavity, squeezing each one a little to release some juice, and tuck in a couple of bay leaves. Now truss the bird, tying its legs together and tucking its wings back so they stay in place. Spoon a little more olive oil over the bottom of a roasting pan that is just large enough to hold the bird, set the bird, breast side down, on the oil, and transfer the roasting pan to the oven.

After about 30 minutes, take the pan out of the oven and turn the bird over so the breast side is up. Return it to the oven and let it roast another 30 minutes or so. Now turn the heat up to 400ºF. and let the chicken cook another 20 minutes longer, until the breast skin is crisp and brown.

How do you know when it’s done? Pierce the breast with a sharp little paring knife down near the wing bone; if yellow juices emerge, it’s done. Or if you can move a leg bone easily back and forth—another good sign. Take the chicken out of the oven and let it rest for at least 10 or 15 minutes before you serve it. Carve it at the table, if you wish, and serve it topped with the juices left in the pan as a sauce.

This is delicious on its own, but it’s also good if you add some root vegetables to roast along with it—potatoes, of course, but also carrots, maybe small peeled onions or leeks cut in half, or little Hakurei turnips. Dribble more oil over the vegetables and scatter a bit more salt and pepper on top. When you take the chicken out to turn it, turn the vegetables as well so they roast evenly.

A four-pound bird will serve 4 generously and 6 if you have other things to go with it. But if you’re only 1 or 2 at the table, go ahead anyway and keep the leftovers in the fridge for eventual soups, salads, or sandwiches. 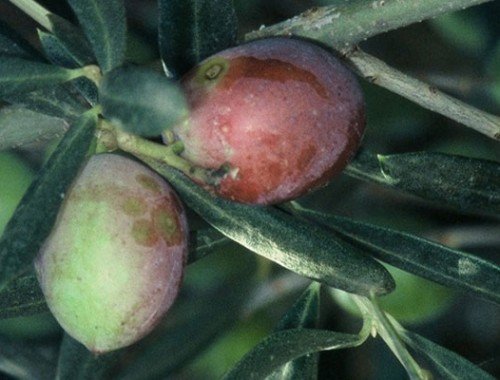